Get fresh music recommendations delivered to your inbox every Friday.
We've updated our Terms of Use. You can review the changes here.

Songs About Death And Depression Just For Fun

by The Greater Wall 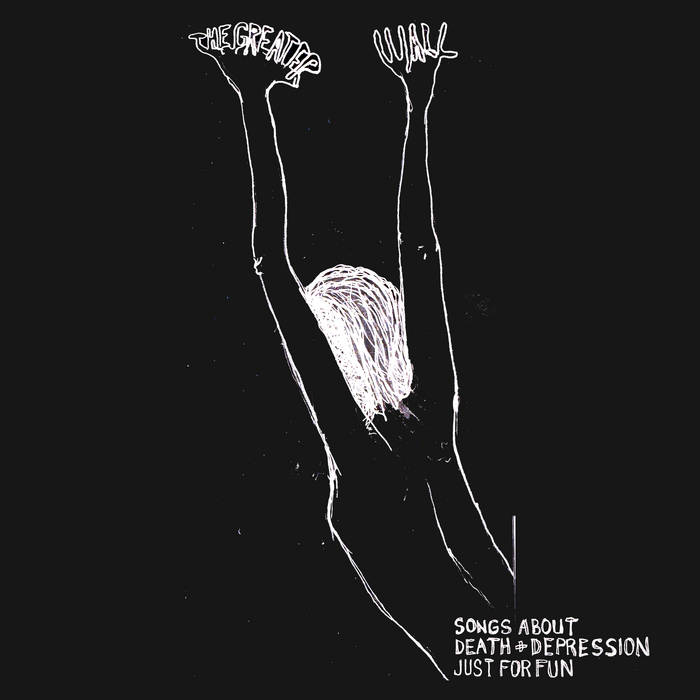 This is our collected discography including both demos (remastered and remixed and in a couple instances, augmented or changed George Lucas style) plus some odds and ends.

Unchained Medley: Unknown, Militarial Girl, Yer Hot Til You Talk, Only You Can Do It (Francoise Hardy), Dazed and Confused (Led Zeppelin), Quitters Never Last

Songs by The Greater Wall, lyrics by Ryan (except the covers...duh).

Bernice and Stephen sing with us on "What Year Is It?"

We are Ryan, Chris & Dustin.

songs about death and depression. just for fun.

Bandcamp Daily  your guide to the world of Bandcamp

Guests John Beltran and Kim Myhr walk us through their magical musical adventures.